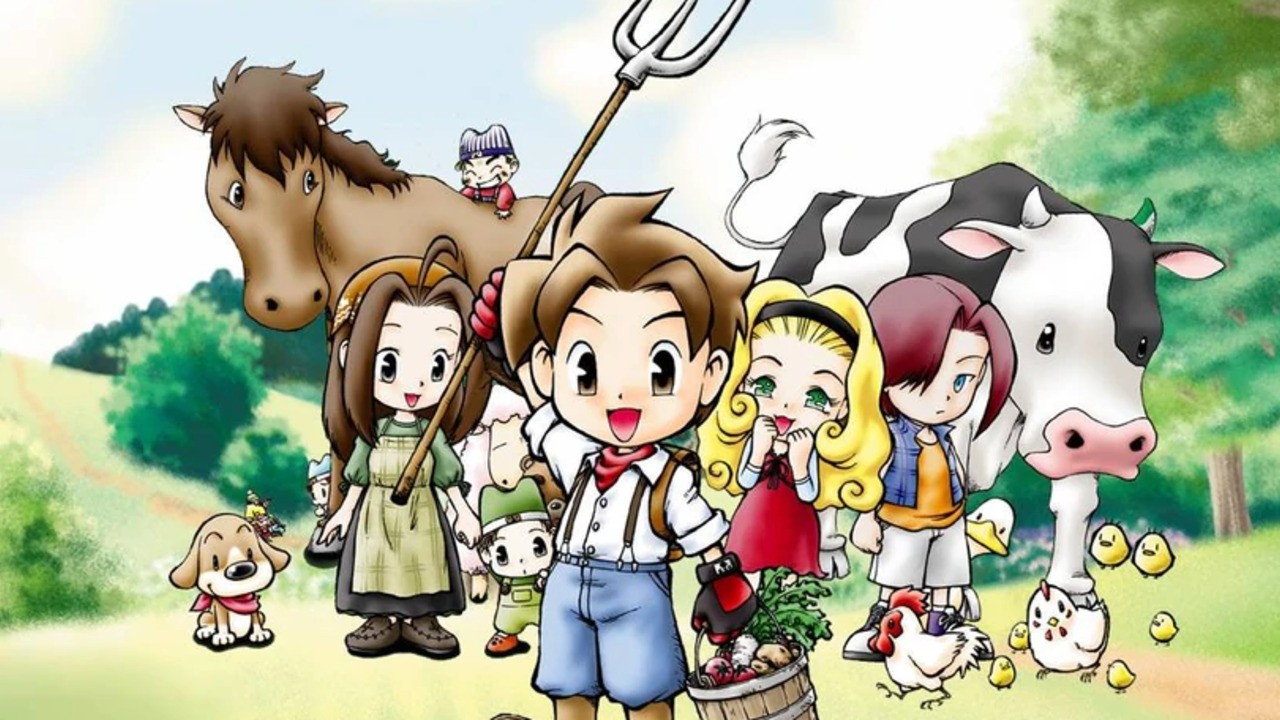 Welcome to the latest instalment in our new column, Memory Pak, where we’re going to be doing a deep-dive into some of the most memorable moments in gaming – good and bad. We hope you’ve got some tissues ready because this one’s going to be a bit of a weepy.

People play Harvest Moon games for their peaceful, repetitive gameplay, in which the seasons turn, the crops grow, and the townsfolk always stay the same. No one plays Harvest Moon to come face-to-face with death – but sometimes, a spoonful of medicine helps the sugar go down.

I have been in love with Harvest Moon ever since I played A Wonderful Life on the GameCube. To put it in terms that non-Harvest-Moon fans would understand, that’s like me saying Majora’s Mask is my favourite Zelda (which it is): it’s the one game in the series that really does things differently.

Most of these sedate pastoral farm life simulators focus on crops and marriage, and everything else just funnels into those two goals. Make money to buy things to make more crops to give to your girlfriend so she’ll marry you. If only real life were that simple, eh?

I married Celia in my playthrough (which I shared with my little brother). No offence to Celia fans meant here, but Celia is the most boring option of the three bachelorettes: Celia, Muffy, and Nami. Nami is the town’s standoffish tomboy with a heart of gold; Muffy is a bubbly, flirty blonde who helps run the bar. Celia is the equivalent of underdone toast. You should never trust a woman who falls in love with you purely because you give her one egg a day.

But that’s not the point of this Memory Pak column, so enough about my marriage regrets. Once you’ve married someone in A Wonderful Life, the game skips you to Chapter Two, in which you already have a kid, and they’re already a toddler. But the game also kills off Nina, the elderly wife of Galen, in an unexpected twist that leaves poor Galen even more reclusive and grumpy than he was before.

(Harvest Moon: A Wonderful Life is not the first game in the series to deal with death, though. That honour goes to Ellen in Harvest Moon 64, the 72-year-old who will die in front of you if you talk to her at the wrong time. 72 isn’t even that old, Natsume.)

I must have been around twelve when I played A Wonderful Life – old enough to know what death was, but young enough that I’d never witnessed it, or even been close to it. My grandparents were all still alive, and the idea that one day would be the day when I could never see them again was impossible to think about. Even now, after the loss of my grandmother and grandfather in the last few years, it’s hard to remember that a person who was so full of life just isn’t in existence any more.

Of course, I hardly knew Nina. She dies after the first year of the game, and it’s an unexpected event – most people would probably spend that first year farming, purchasing cows, and trying to butter up one of the eligible maidens. Perhaps you visited Nina and Galen in their little house from time to time to give Nina a flower, or Galen a fish, but by the time Nina dies, it’s much too late to befriend either of them. Galen withdraws from society, moving to a tiny hut on the hill, with Nina’s grave close by.

In life, however, Nina was the easiest person in Forget-Me-Not Valley to befriend. Harvest Moon relationships are tied to gift-giving, and most villagers prefer very specific gifts. Nina loved almost everything: flowers, crops, milk, eggs, and fish were all items that would make her like you more. Sure, she didn’t like being given weeds, but who does? Her easygoing nature and her friendly generosity made her an extremely lovable character.

Which, of course, is just what the writers wanted. If Galen the unfriendly, grumpy old man had died, who would mourn him? He’s prickly and sour, in contrast to his sweet, soft wife. Eventually, if you visit her grave after befriending her widower, you can polish it – and her ghost will come out to thank you. Even in death, Nina is a sweetheart.

Eventually, if you play A Wonderful Life for long enough, your player and their family will also age. The game ends with the death of the farmer you’ve been playing for 30 in-game years, who passes on the reins to his son. Most Harvest Moon and Story of Seasons games let you play forever, and no one ever ages, and nothing ever changes (except marriage and children, who mostly don’t grow up either). For the first time, A Wonderful Life kicked you out – something most games never do. In a way, that made it perfectly bittersweet. Isn’t it best to always leave the party early?

I can’t say that Nina’s death, or even my own (in A Wonderful Life, that is) made me properly face death. For whatever reason, my first existential crisis was on New Year’s Eve, in 1998 – which I remember mostly because of the weird timing, and also because I was in bed at 11pm while my parents, aunts, uncles, and older cousins celebrated loudly downstairs – so by the time Nina kicked the bucket, I was already well aware that everyone I’d ever known, myself included, wouldn’t last forever.

But games have always been a safe haven from all of that. Death is only ever a mild inconvenience, quickly remedied by save states and revives. It’s never real. It’s never eternal. Well, except for Fable II making me pick between the life of my dog and my boyfriend. People always come back, and stay with you. It’s hard to come to terms with mortality in life. It’s hard for me to truly ever grasp the concept that I’ll never see my grandparents again – in my mind, they’ll always just be out of sight. But life changes, and the world moves on, and some people get left behind. That doesn’t mean they were never there, and it doesn’t mean we’ll forget them.

Nina was only ever just a bunch of polygons on a screen, but her mark on the world of Harvest Moon: A Wonderful Life is the mark we’ll all leave on this world one day – and I think I’d like to be remembered as the kind of person who fills the place with sunlight, and smiles even on a rainy day, just like her.