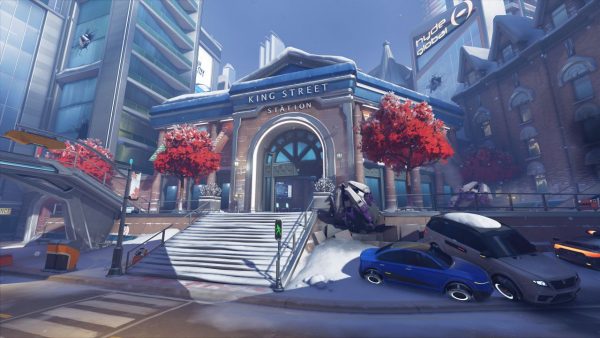 Blizzard has provided more information on Overwatch 2 as promised.

Plenty of Overwatch 2 information was dropped yesterday after the BlizzConline 2021 opening ceremony in a separate segment.

In it, the Overwatch 2 team provides a first look at some new locations players will travel to in the upcoming sequel, including Rome, which is the setting for a map in the new Push mode, and the New York City of Overwatch’s future Earth.

You are also given a look at the evolving new looks for heroes from the original Overwatch, including McCree, Pharah, Reaper, and Widowmaker. Expect some to look a bit techier, like McCree, or will full armor like Pharah.

Developments that came as a result of players’ feedback on the Overwatch 2 demo at BlizzCon 2019 included the evolution of some Null Sector foes. These include a look at new Null Sector enemies like the Stalker and Breacher. The goal with these enemies is to make them more engaging and some of this entailed evolving current units and adding new ones. So expect different types of spawning units depending on what you are doing on a map where you are tasked with getting to a certain place or doing an escort mission, for example. And some units may not even attack players, such as the Breacher, whose only purpose is to reach its objective and explode. Other enemies include the Slicer, Puller, and ELite Units like the Omnic Grunt.

A peek at the latest iteration of talents, part of the progression system that lets players customize heroes’ abilities in the sequel’s all-new cooperative experience was also provided. With the Talent System, you will be able to play heroes in different ways. With the skill tree, you will be able to experiment with your character, and every hero has a different tree.

Subscribe to the VG247 newsletter
Get all the best bits of VG247 delivered to your inbox every Friday!

The video also provides an update on Story Missions and Hero Missions, including how the team makes the world feel dynamic and a behind-the-scenes look at the creative process. The goal around Hero Missions is for these to be a co-operative PvE experience that players partake in to level up their heroes, but the team doesn’t want it to feel like a grind, so there has to be plenty of missions. So the goal is to make as many as possible, even hundreds of Hero Missions.

At the same time, Hero Missions can take place in all of the multiplayer maps which will also have some new spaces added on. For example, in one Hero Missions playtest, the tame came to one area in Kings’ Row that has a gate. The gate opens, and there is a new area of King’s Row never seen before.

Another example is a dynamic sandstorm on the Temple of Anubis map. Basically, the team is aiming to provide a more dynamic world, with day and night effects that complement where the map is in the world at the time, and with wind and atmosphere.

The team also discussed how it is experimenting with an idea called roll passives in PvP. Tank heroes will have knockback reduction against them, to make them more “toe-to-toe” brawlers, and less of a character that just stands back and protects other people. Using Reinhardt as an example, the team has given him two charges of Fire Strike so he can throw them more often and aggressively. He is also able to cancel his Charge now.

Damage shielding heroes have a movement speed bonus, and support heroes have automatic healing that kicks in after they haven’t taken damage for a while.

Blizzard says it is revisiting “pretty much everything,” and that nothing is off the table. 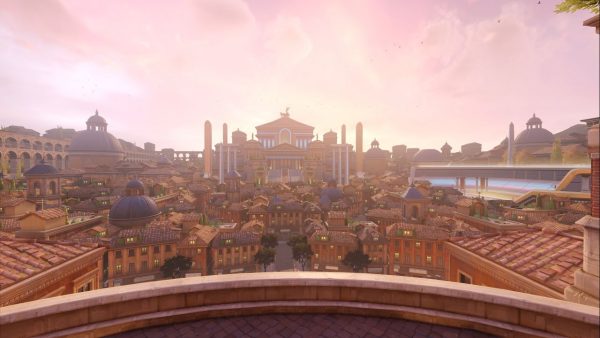 Sojourn, the new character coming with Overwatch 2 was briefly discussed, and she is quickly becoming a “favorite” with the team partially because of her Railgun, as the character is all about “aim skill.”

According to Overwatch lead designer Jeff Kaplan, the Overwatch 2 team is exploring new game modes and also reevaluating older game modes that people are more critical of, using 2CP as an example of a mode that may not make it into the game. Kaplan said the team really wants the game to feel like the next evolution and a true sequel to the first game.

Finally, the story was touched upon, which will delve into who is behind the second Ominic uprising, why it’s happening, and how far it has spread globally. Every story mission will have an intro and outro so expect the story to be more integrated than it has been before. All available heroes will get dialogue for a given mission. There is a branching dialogue system, so if you happen to have Genji and Mercy in the second mission of the game, you might get different dialogues about their relationship.

A condensed rundown of what to expect with Overwatch 2 can be found in the latest developer blog post. Blizzard has promised more frequent updates on the game as it is developed, and not to expect the game to be released soon as the team needs time to make sure everything is right, and full of polish before you can get your hands on it.

Overwatch 2 was revealed in November 2019 at BlizzCon, where it was announced that all 31 heroes, plus more, will receive an updated look, and the game will feature the hero Sojourn and multiple new heroes. All cosmetics and progress will come forward into the game, and Overwatch 1 and 2 players can play together in a shared PvP multiplayer environment.

Hot Wheels Unleashed is an action-packed racer speeding to consoles and PC this fall
A Twisted Metal TV Series Is Coming From The Writers Of Deadpool
Valheim has a first-person mod – and all games are better in first-person
Horned Knight: Reintroducing the Golden Age of Arcade Gaming
PS5 DualSense teardown estimates ‘417 hour life’, reveals causes of drift