Hello, I’m Nico Disseldorp. I’m part of House House, the videogame company who made that Untitled Goose Game. If you haven’t heard of it before, it’s a game where you play as a horrible goose who causes a big commotion in a small village.

Tomorrow, the game is getting a free update so that two players can play through the game together as a pair of horrible geese. 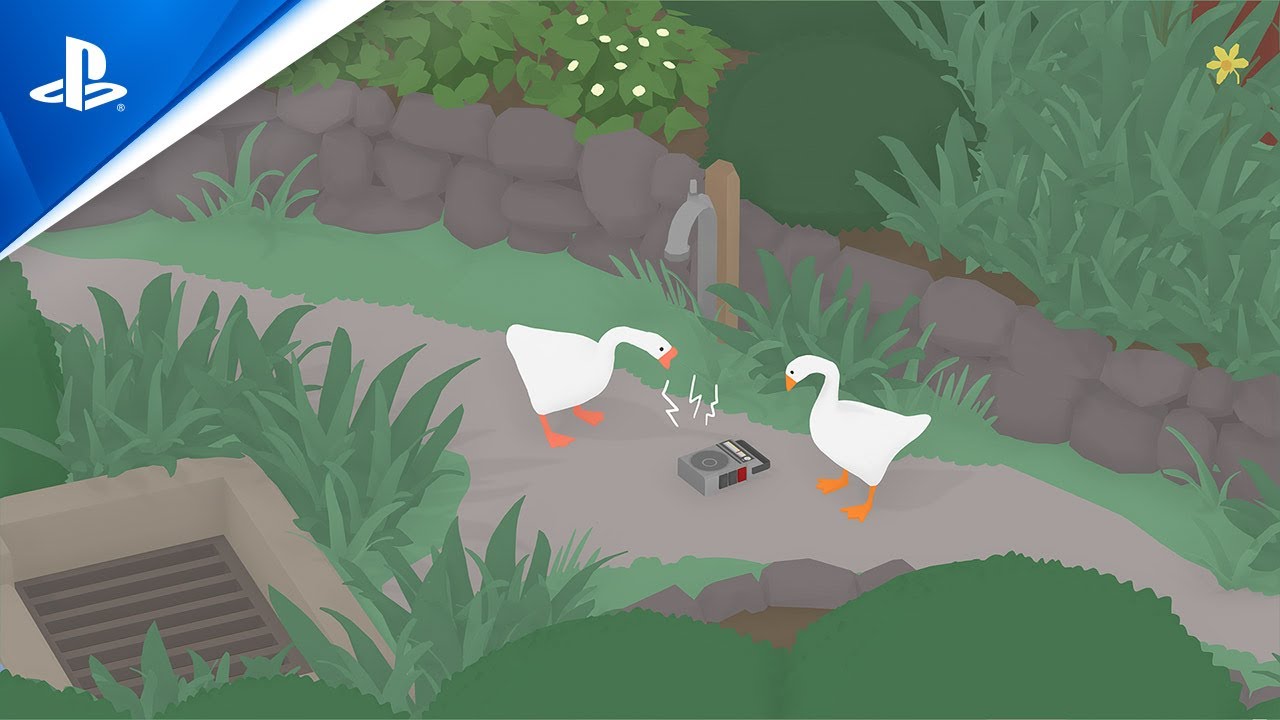 Two-player is something that interested us when we first started working on the game in 2016. But as a very small team, we decided early on to leave the idea behind in order to focus on making the single player game as good as it could be.

After the game’s release last year, we had an opportunity to do some more work on the game. One of our favourite things about the response to the game was how many people were playing together with their friends, watching or taking turns. So we decided that the most exciting thing for us would be to add that second goose into the game.

In this post I want to share with you what it was like to add a two player mode into a game that didn’t originally have one. Both in terms of what kind of work we had to do, and how it turned out once it was finished.

When it came to adding a new goose to the game, there were a few big things we had to do, and lots and lots of small things.

For a start we had to make a new goose. In terms of looks, we knew that players would need to be able tell the two geese apart, but we also liked the idea that the characters in the game couldn’t really tell them apart. So we tried to find a way to make this goose look different in its details, but in overall terms look pretty much like the same kind of goose.

So to make this goose, we made the goose’s orange parts a bit redder, and made the goose generally a bit rounder and softer (especially the feet, tail and wings). We also added a bump on the new goose’s beak, which I’m told is called a “basal knob”. Apparently experts aren’t really sure what a basal knob is for, apart from making the goose look good. Finally, and perhaps most importantly, our sound designer Em Halberstadt gave this new goose a new honk.

Another big task was teaching the townspeople how to keep track of, and react to, two geese. Our AI code didn’t keep track of anything like this before, so we had to make the characters a fair bit smarter. A big job was deciding which goose a character should prioritise responding to at any given moment. This required some balancing, as we had to make sure the people were effective at stopping both geese when they had to, while making sure the geese had lots of chances to help each other (for example by distracting someone while the other goose steals something).

Once we had things working, we were pleasantly surprised by some of the fun things that two geese could do. For example some items could be interacted with in new ways – two geese can hold a rake like a limbo pole, one goose can drag the other around in a box or each goose can hold a walkie-talkie and send their honk to the other goose.

When it comes to interacting with the townspeople, we had a lot of fun setting up situations like having one goose honk to get someone’s attention, while the other goose sneaks behind them to cause some trouble. It’s lots of fun to have a helper when doing something like teaming up to drop a bucket on someone’s head.

The two-player mode is local multiplayer, so it’s made for two players on a single system. However PlayStation players do have an option if they would like to play with someone online. If you have PlayStation Plus subscription, you can use Share Play to have someone join in remotely, as though they were a second player on your system. We think this is a great use of video streaming and it’s a feature that people should try!

Thanks for reading about our new two player update. We can’t wait for everyone to meet our new goose tomorrow.

Apex Legends Comes To Steam In November Alongside Season 7, Switch Version Delayed
Devolver Digital have acquired Serious Sam developers Croteam
Microsoft’s Next Big Idea for Minecraft: Mandatory Microsoft Accounts
Cuddle Up and Get Ready for the ID@Xbox Cozy Game Sale
Night Call’s PS4 Version Has Been Cancelled Due to Poor Sales on Other Platforms